It went OK.   Went out very aggressively in the 400m and paid at the end.   Not enough recovery time between races, less than an hour.  Meet ran more than a half hour ahead of schedule.  Short of goal, but not by much.  Better than last time.  The 400m was very exhausting because of the way I ran it, left very little for the 200m.  It was a good workout.  Managed to beat a few guys in both races.

400m
Slow heat with 2 Sewanee guys.  I really wasn't very patient, I was fairly sure I could win this heat.  Went out fast but failed to stay relaxed in the end.  Was totally hellbent on leading this race from the break to the end.   But I did expend too much and was ok until the last 60m or so when I started rigging and got passed right at then end. The kid that beat me was an 18 - 19 yr  old freshman, I could be his grandfather.  The kid that finished last was a 100m guy who apparently hadn't trained for the event.  Gotta respect the sport.  He surely suffered and was left far behind.

The best thing is that I feel completely healthy and I expect to be able to train tomorrow.  I want to start busting butt for Nationals and keep a Sun, Tues, Thurs workout schedule before I leave and on vacation, hopefully a Sat., Mon, Wed. schedule in FL. 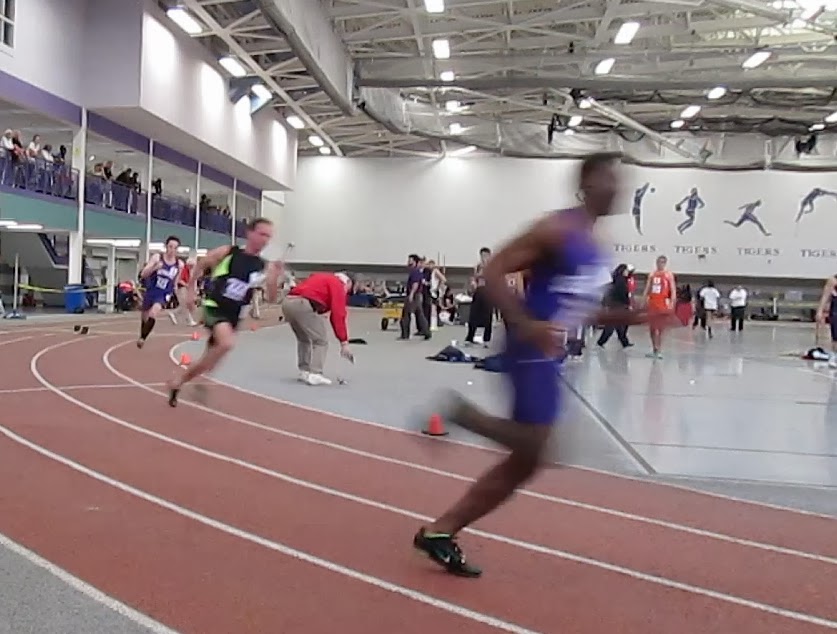 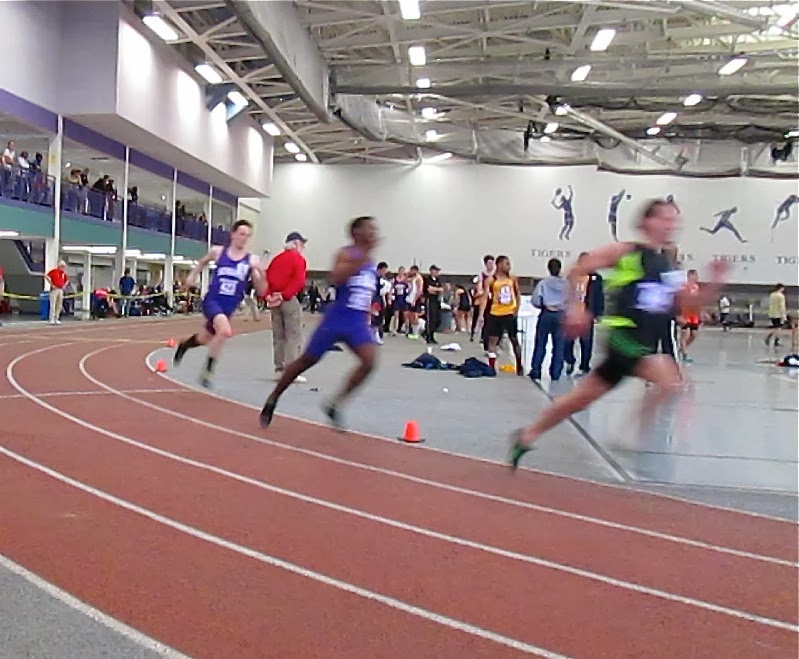 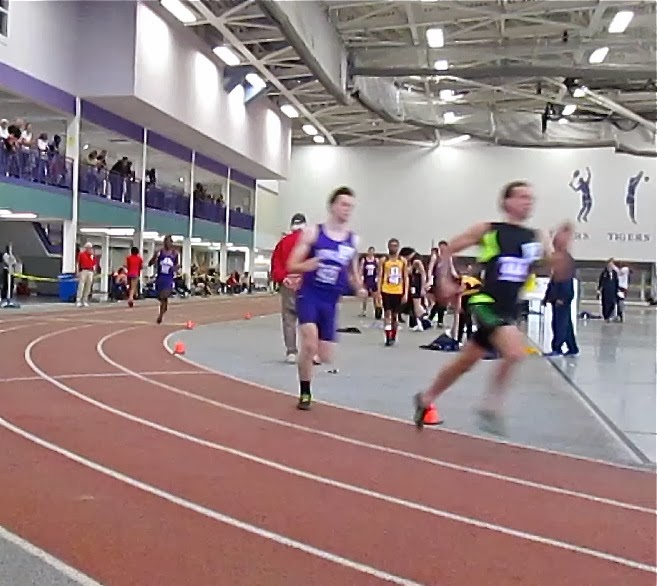