The MTSU track team has been doing really tough workouts this year.  Track intervals 4 days a week, hills one day, weights 3 days.  The team time trials were this week and wow...

Today was a beautiful day... 72º, sunny and breezy at the Dean Hayes track at 10:30 am.   I felt like running fast and not suffering today, and I hadn't eaten much fuel in the past few days to withstand a heavy workout.

I noticed some significant groin soreness after the 400m.  I remembered that I had not stretched my groin in the hot tub the way I usually do before a workout.   It was a pretty good run considering it was in flats. It might have been a shade under 59.   I then put the spikes on for the 200s and ran about 400m race pace.   It felt fine.  Really need to get back to resistance work.  Guess I don't like doing that as much.

I'm exceptionally light today (after some stress based fasting).  139.6 lbs after workout.

Posted by William at 10:31 AM No comments: Links to this post 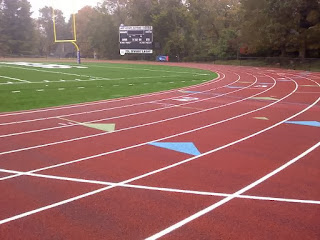 Did a speed endurance workout today in Sewanee.  At 12:30pm there was the usual Sewanee 'mizzle' which increased to a drizzle after my warmup, but it stopped, thankfully but the track was wet.  It was an overcast 54º pretty much all day.   The scene was serene, quiet.

After my first few sprints, a soccer player showed up and was practicing field goals with uneven success, however, I did see him kick one 50 yd field goal.  I occasionally returned balls to him when I was on that side of the track.

These workouts are the most common ones I did last season, I used to always do these in spikes, but not now.  I do think the limited rest interval tempo endurance are more beneficial, but much more painful.  When I do this workout with 2 min rest in between, I'm running much slower,  51-53 sec., but that's ok.  Today, I took more rest. 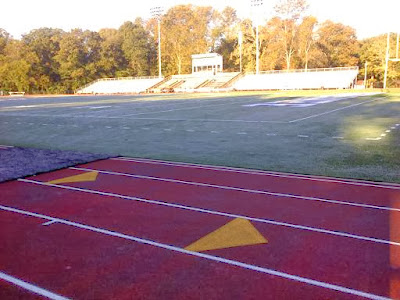 It was homecoming today in Sewanee but nothing unusual at this hour of the morning.   The usual old timers out jogging laps.

Posted by William at 6:57 PM No comments: Links to this post

Three days of hard labor, building a large woodshed, cutting and splitting logs.   I'm as sore as I've been with any workout.  Burning a lot of calories so my weight is good.   About 142.   Need a few days rest before I start regular track workouts again. 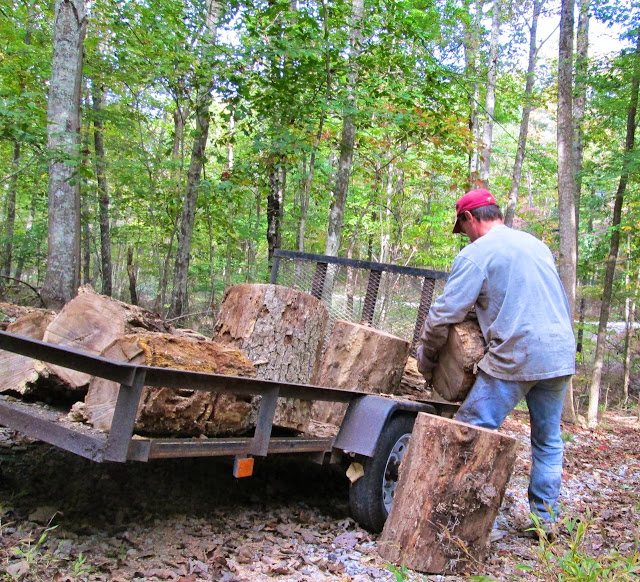 Posted by William at 9:24 PM No comments: Links to this post

A cool wet morning on the Dean Hayes track, 60º and drizzle, water on the track.  It's been 10 days since I've been on the track and have gained weight.  145.8 before workout.

Not real hard work but a good first day back.  Need to do some strength work.  Have some physical labor and projects planned for the weekend so the weights will have to wait.

I'll be back out on Sat in Sewanee.

Posted by William at 7:29 AM No comments: Links to this post

In Sewanee on a cool Monday evening, about 60º at sunset.  Gorgeous sunny dry day.   I was sharing  the stadium this evening with the lacrosse team that was practicing on the field.

I was hampered slightly by a chest cold today.  Have been sleeping outside on my porch in Sewanee.

I've been maintaining an every other day schedule on the track the last 5 days in anticipation of a week or so off to go hiking in the Smokies.  Today, I did the usual ball buster + some 100s.

Felt pretty good, but hard.   Reached flat out speed in the 100s.  Shouldn't have run the first 400 as fast but it felt so easy.  I paid in the end as I was dragging my ass around on the last one. 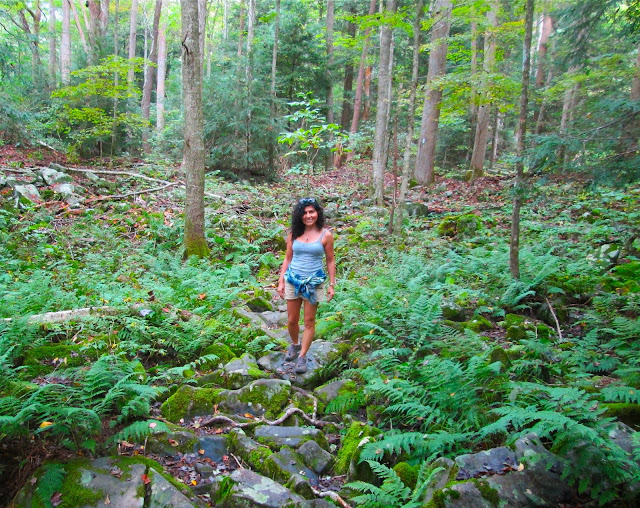 A beautiful summer like day in Sewanee... sunny 72º at 7:00 am on the Coughlan track.  The sun was making it's way onto the home stretch of the track while half was shady.   Up a lb from yesterday, I did 800m of sprints at near full effort with recovery.

I forgot to pack my training spikes so I used my backup meet spikes.  One spike hole is stripped, but I could get a spike to stay in by cross threading it.

Beautiful day.
Posted by William at 9:06 AM No comments: Links to this post 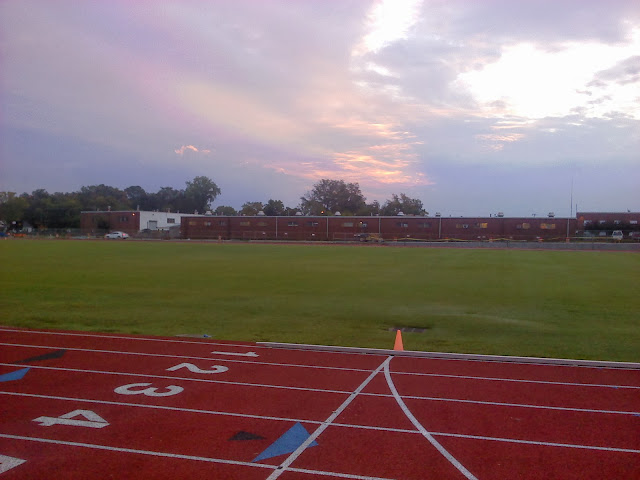 Summer is still hangin' on, 69º this morning at 6:45 am on the Dean Hayes track.  Moist and cloudy.  My shoes squeaked on the wet track.   I resumed tempo endurance and it was as hard as ever but not slower than before, surprising since I haven't done this workout in more than a week and I've not been eating well.

Lesson learned
This weekend, I ate all the stuff (in small amounts) that I've been avoiding all during competition ... pasta, potatoes, bread, desserts, white rice, cereal, etc...  and it affected me in a really bad way.   I developed an acid stomach, bad sleep, lack of energy requiring afternoon naps which I emerged from very groggy.   It's no way to live.   After ballooning up to 147 lbs at one point, I was happy to emerge unscathed from the binge, weighing 141.8 after today's workout.   Moral of the story, eating shitty is no way to go through life, especially at my age.  Not worth the momentary buzz.  And... occasional binges and treats are ok, as long as you don't do it more than 2 days in a row and the quantity is not huge.

Off time
I was pretty active during my time off.  On Monday, hiked the Firey Gizzard Loop which is a notoriously hard 10 mile hike through very rugged terrain with a lot of up and down.  It took Roya and I  almost 5 hrs.  Also did a short hike on Sunday.

Almost missed Saturday's meet.
On Saturday, I had a busy weekend planned.  Race in Brentwood and a weekend project in Sewanee.  I was happy to have fit all the tools, luggage, backpack, guitar and roofing material for my project into my car.  Driving my truck would be expensive on gas, so I was happy everything fit in my car.    I left for the meet 15 min later than I wanted to.  When backing the car out, I ripped the  sidewall on my tire and had to transfer all that stuff to my truck.   I left over 30 min late.  Fortunately, the meet was running late and I had enough time to warm up for the 100m.  (Those stock tires were bald anyway.  I ended up spending $541 on a set of 90,000 mile Michelins for the car).

Forward
Coach Page thinks I should get 4 weight workouts a week.  Traditional, w/ free weights, 2 days legs, 2 days upper body.  If I am to get faster, I do need to do something different.  He thinks I should take a break from the track and do less.  And build toward another peak during the season.   Not sure where to go, but think 2 day a week on the track and at least 2 days a week on weights might be good.  I could probably go back to stadium stairs and weight sled as well.

Posted by William at 6:58 AM No comments: Links to this post

When Sewanee put new artificial turf and lights at the football and soccer fields, I was hopeful they would give the track a badly needed resurface.  Well, no... disappointingly, they just did a half-assed relining of the track - an obviously unprofessional job.  Probably done by local staff, not a professional track contractor.   They just painted the lane lines and numbers, not the handoff zones or any of the secondary markings.   A superficial facelift.   When they decided to resurface the MTSU track, it was in far better condition than the Sewanee track is in right now.

Whoever Mr. Coughlan is, the namesake of Sewanee's Coughlan Track, he deserves better, and so does the team, college, and community. 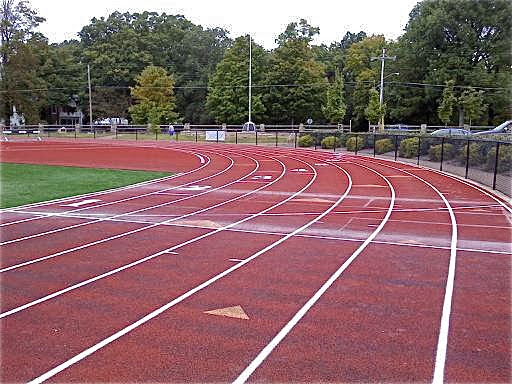 Posted by William at 1:26 PM No comments: Links to this post

Email ThisBlogThis!Share to TwitterShare to FacebookShare to Pinterest
Labels: equipment, thoughts, track and field
Newer Posts Older Posts Home
Subscribe to: Posts (Atom)
“Keeping your body healthy is an expression of gratitude to the whole cosmos — the trees, the clouds, everything.”