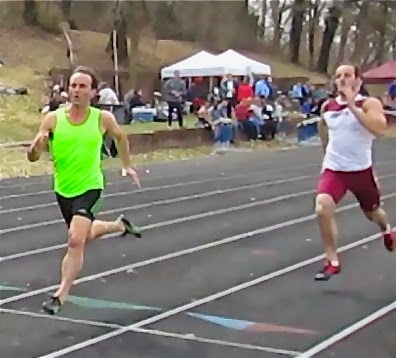 I did finish last in the 400m (not by much), but managed to beat 2 guys in the 200m.  Surprisingly, it was much more competitive than previous years. 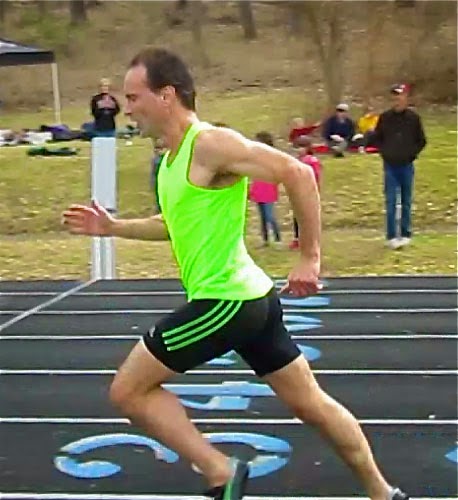 My friend Roya made her track and field debut ... racing the 100m in 16. It took a lot of courage for her to do this and I'm very proud of her, never having used starting blocks or spikes before yesterday. She looks like a pro here in lane one.   Bravo! 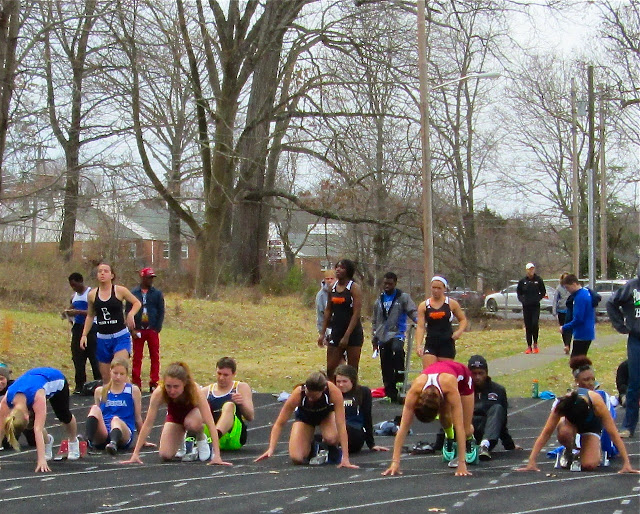