Nice night at MTSU on Monday, not terribly hot, upper 70ºs at sunset.

Was happy to hang with the MTSU elites on the track.  Janet was there... she's the 22.9 200m girl from Ghana, going to the World Championships.  Elliot Rutto was there just a day before he leaves for USATF Nationals this week.

The quad is still sore but only hurts a little when acceleration from blocks or running full speed.  I expect it'll be fine by tomorrow.

I'm making an effort to get my weight under control.  I hope to be lighter next meet.

Unfortunately, my competition, Stanley will not be racing in the TN State meet as expected.  It takes a little pressure off knowing I will be not competing, but merely running a time trial on Saturday.  I think only 4 are signed up in my age group.

Janet, probably one of the fastest women in the state...  she's shorter than me but I think her legs are just as long if not longer... she's an 11.5 / 22.9 sprinter, close to world class. 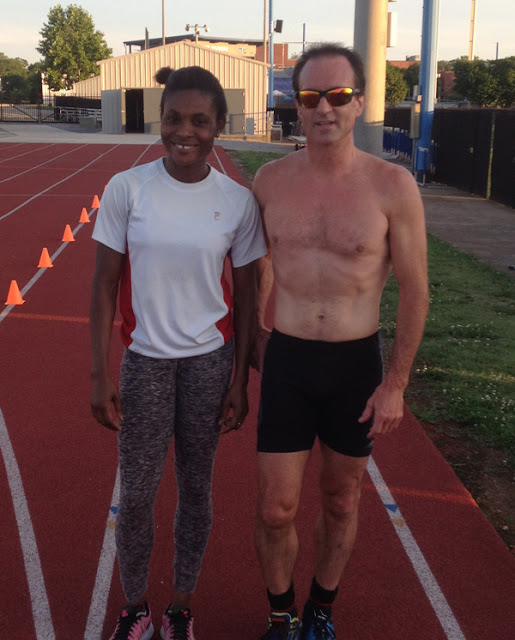