I flew to Baton Rouge through Houston.  Houston Bush airport was really quite nice compared to some I've been in lately (like LAX).

Arriving on the LSU campus, the USATF people who were there to pass out packets didn't show up as advertised.  They were supposed to be there 4-6 pm.  They were an hour late and a huge line formed inside the air conditioned field house.  So instead of standing in line, I took a walk around the field house and looked at the LSU track memorabilia and records.  Wow, what a tradition.  More on that below.  So, I went shopping and had dinner and 90min later, I arrived just in time to get my bib before they packed up.  I saw Ray and we chatted a while.

The track is nice, except I think it's closer to an equal quadrant (long straights) than an IAAF.  IAAF tracks, the straight is 85m, equal quad it's 100m.  All Mondo surface, and in decent but not perfect shape.  The heat won't be as much of a factor due to the fact that the air conditioned field house indoor track will be available for warmups.  It's only about a 200m walk from the field house to the starting line.

This race takes on special significance for one of my main competitors, M55 world champion Corey.  His dad grew up here in Baton Rouge right near the college.  His dad was unable to attend LSU because of his race and instead attended the historically black college in town, Southern University, where one of the athletic buildings is named for his brother.  He is 85 and will be here to watch us race.

I was amazed at the rich history of LSU track.  Winning an NCAA Relay Championship, or a Penn Relays Championship is a big deal for a college.   LSU has huge walls full of these awards.  Olympians are represented in some of the facility records.  Here's a panoramic shot of the LSU Penn Relay Championship wheels.  70 in all I think.  (I think MTSU has just 2).  In '06 LSU won 5 in all.

Here's a few shots of the indoor and outdoor tracks at LSU. 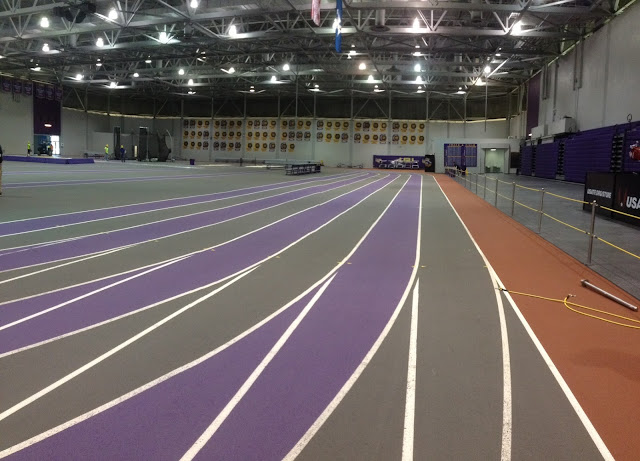 My suite at Staybridge is awesome... less than 2 miles from the track.  Fully equipped kitchen, granite counter tops, even a dishwasher.  A living room and separate bedroom, TV's in each room.   I ended up getting a VW Beetle turbo convertible.   Although I won't be putting the top down, it's a fast and fun car to drive. 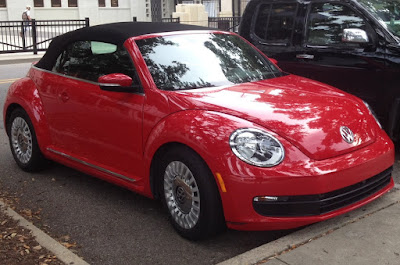