It took me a while to get myself to watch the video, but before I did, I thought maybe I went out too slow.  After watching the video, my splits seemed ok, it was just my last 100m.  I rigged and didn't produce.  My 300m was right around 40 flat but my last 100m was a struggling 16.5 ish+.   Really awful.  I usually run this last 100m in at least 15 high, which would bring me in at 55 high, but not today.   I don't know what to attribute my poor performance to except possibly over training or not enough foundation.  Not really sure.  Maybe the heat?  Seems like I worked hard enough, but I guess not.  Maybe not enough recovery and not enough volume.  Just don't know.  Maybe I didn't have my mind right today.

This was the end of a 2 year winning streak that included these four USATF titles: outdoor '15 Jacksonville, indoor '16 Albuquerque, outdoor '16 Grand Rapids, and indoor '17 Albuquerque.

It was nice that Corey's dad, age 85 was here to see him win.  This is his second National title. 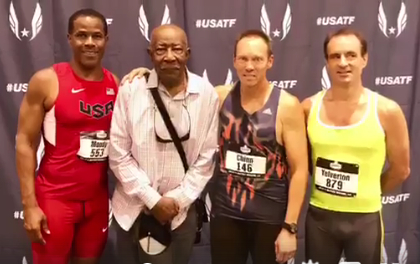 The 200m is going to be real tough this year to medal in judging by the incredible M55 100m prelims.  3 guys, Val, Don, and Rob all ran under 12 in the 100m.   Faster than I've ever run, so they'll likely be the favorites for the medals in the 400m.   Since I rigged up today in the 400m, feel a bit beaten and not real optimistic.  We'll see how the prelims go tomorrow. 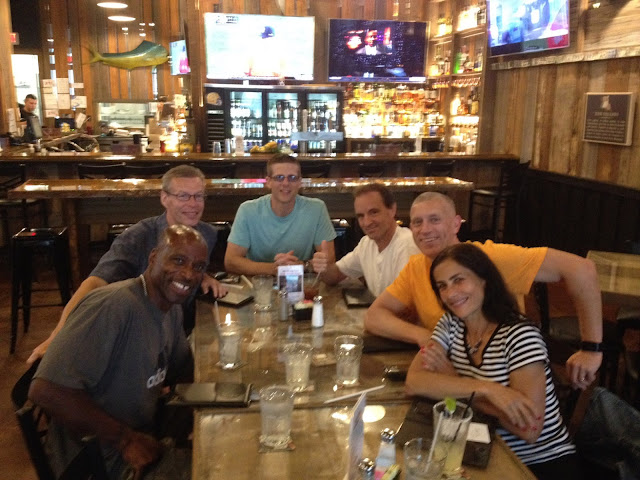