The sun was blazing but thankfully, a cool mid 50'sº morning at the MTSU Floyd Stadium.   I hit the stairs and was very surprised to see the stadium being dug up and being prepared for a new multi-million dollar playing surface.  It would be nice if they returned to real grass but I know that is highly unlikely.   Stunned at the money this university spends on football, and always seems to be a mediocre team.


I really did sprint, especially the first several.  I was beat and quivering by the end.  I tried to really accelerate on the last 10 steps when I was tired.  I was whooped after a dozen but kept going.

Yea, we need to spend millions on a new football field.  Great priorities. 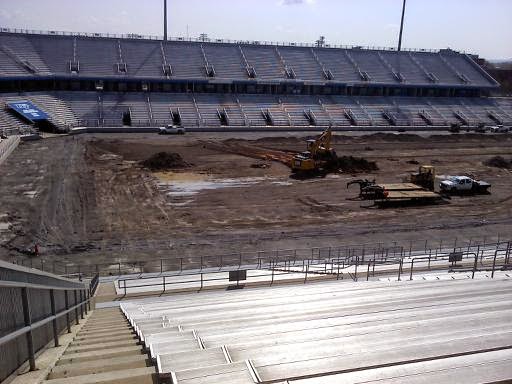