In order to watch on demand videos of the USATF Masters Nationals from Runnerspace/ USATF TV, you have to pay a subscription fee.   Usually, the race videos are pretty good.   Unfortunately, my M55 200m Championship Final was about the worst race video I've ever seen.   I'm absent from the frame in most of the race, and the entire field runs off the frame at the beginning.  Not good for a subscription service.


Also, on the USATF TV page, the photo they chose for the Masters Nationals couldn't have been worse.   It showed an ancient walker, alone on the track, no one in the stands.... painting a rather bleak affair.  Not exactly what it looked like. 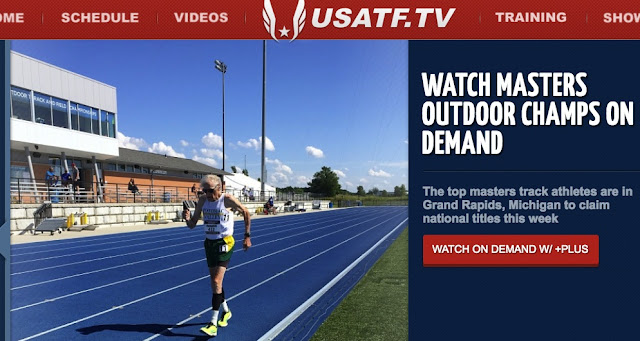