Low 80's and very much like Malaga weather here in Sewanee in mid afternoon.  I contemplated what to do today.  Since I ran a rather disappointing time trial yesterday, I thought about doing another 400m, but decided it would be too much.  I needed some race modeling so I ran a beeper paced 300m event run...  it went really well.  Now we're talkin'.  Much better than yesterday.... even though my pace was about the same through 200m.

I finished with a brief but hard set of intervals, ran mostly for form and not a maximum effort.
I may go out tomorrow and just stretch, do some strides, resistance bands, nothing much. 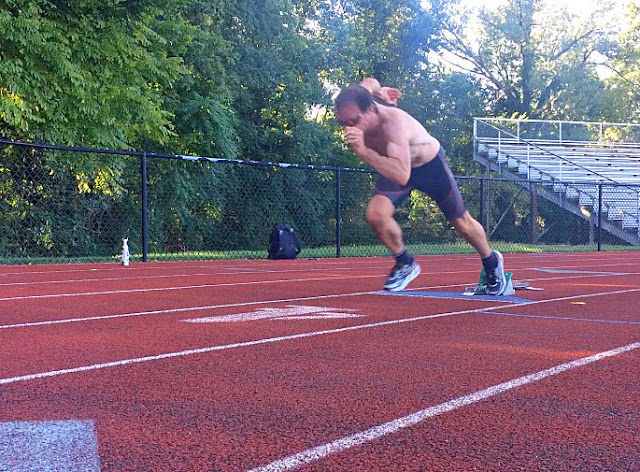