I had the easy heat in the 400m semis.   The Brit scratched and so it was just me and James - veteran of many national and world championships.  He was in lane 5 and me in 4.  He went out hard, too hard and I followed him.  Mistake.  I paid for it in the end and ran a slower time than in the prelims: 56.00.  It beat me up a bit, since I was rigging at the end... but I won the heat, making it a perfect 4 wins in my preliminary heats of this meet, although this was the slowest heat.

Looks like it's going to be between France, Brazil, Germany, and me in the finals which is back to the main stadium tomorrow. 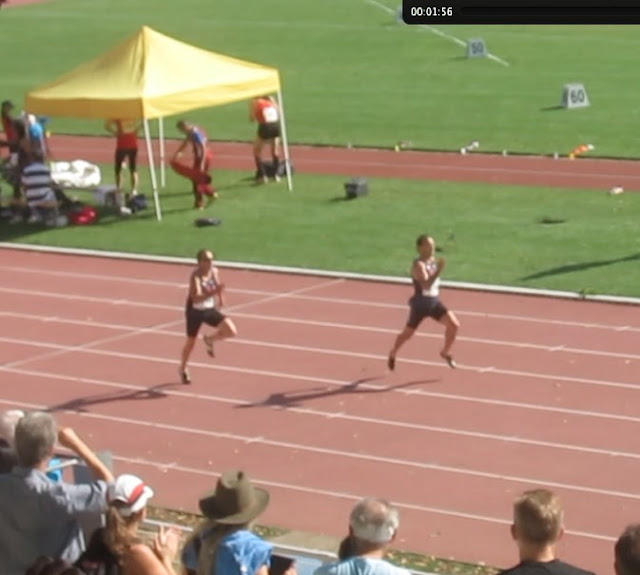