I went out in the hot part of the day because I had plans in the early evening.  It was about 84º with a heat index in the 90ºs.    I brought my brand new Hoka Clifton 1s specifically for the occasion.   After warming up and running some short sprints, I put the Clifton 1s on for the 300m.

Doesn't look like much of a workout but it was a milestone.  First time since the surgery under 14 sec in the 100m and first 300m in a time much faster than expected.  I was shooting for 48 and came out quite ahead of goal. 46.5 is about 63-64 400m pace, which is quite good for this early in the game.

I wanted to do more, but I think that's what I can handle and walk away feeling good.  Both my foot and knee tolerated the workout well but may have hurt if I did more.  Really no more than 4-500m of sprints for now, and I'll take 3 days off in between track workouts, so I'll be back on maybe Tues. 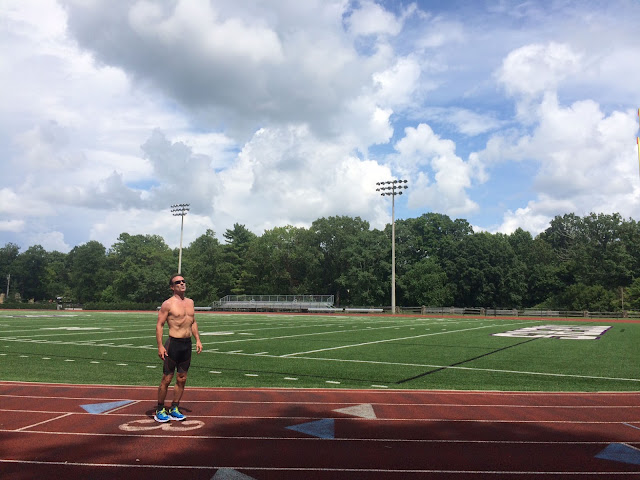