Nothing to write home about. 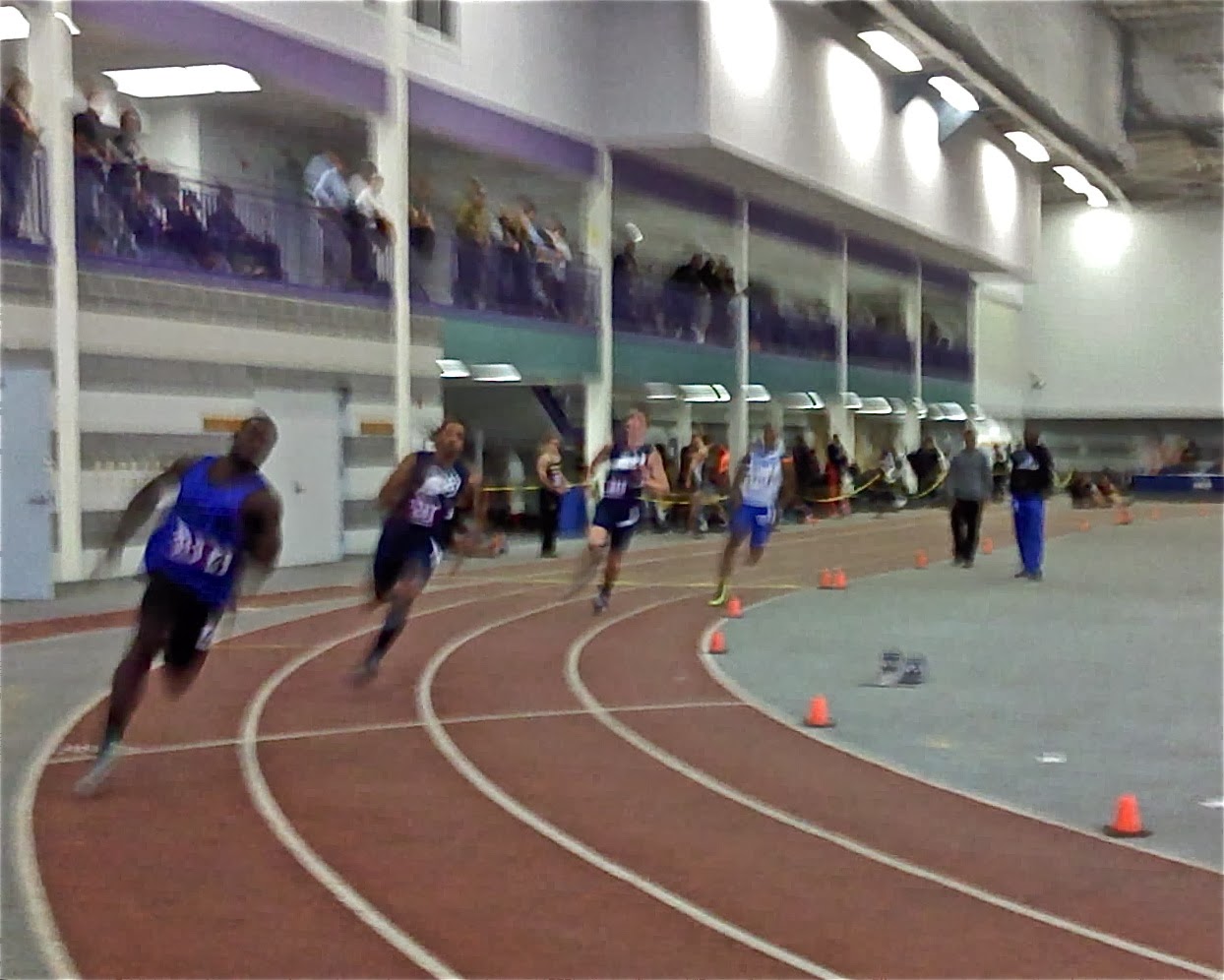 Hip and ankle still sore.  This 160m track is hard on the ankles due to the lean on the turns.   I took another look at the track, the straightaways are only 30m which means each lap is 100m of turn and 60m of straight.   Slow track.

Need to take some time off again.   Probably won't be able to progress much more during this indoor season, particularly with concerts coming up.

400m
I felt that I ran too conservatively in the 400m.  I wasn't really 'spent' after the race and waited too long to 'commit' in the second half of the race, nor did I run the first half with any power. In my heat of four, I drew lane 2 and was in second after the break.   After two full laps, with just 80m to go I didn't attack as I should have and just floated to the end.  Poor effort.  I was passed by 2 guys in the final 40m.  Finished last, but only by a few tenths.   I'll get another chance to race here again in 4 weeks.

200m
This race was only an hour after the 400m, so I wasn't really fresh.   I have run 25.55 on this track, so my time was not great.  There were only two guys besides myself doing the 400/200 double.  My first 150 was pretty good, but didn't accelerate off the turn well enough.  Got passed on the final turn, and I beat one guy in my heat.  Glad to not finish last in both races.

Going to take 2 days off, and hope to get at least a few really good days in again before I return to Birmingham on 2/14.    Maybe this is too much, but I was considering doing two consecutive meets at Birmingham on 2/14 and 2/15.

I've been sorely needing some resistance work, so I hope to do some core and leg work these next few days and weeks.  I'm relatively light, but not as fat free and toned as I was when running 55's.