A pretty good day.  Knew it would be an easy heat to win, and 4 scratches in my heat made it even easier.  I ran a nominal 56.89 out of lane one, fastest qualifier.  I ran with 5 in my heat.  From lane one, I had empty lanes 2, 3, and 4 next to me due to scratches.  The first guy I could pass was in lane 5, and the second fastest guy was out in lane 9, finishing 5.42 seconds behind me... or about 35m.
I was fairly conservative and think I could go at least a second faster in a better lane, based on my splits.

Analyzing my race... these were my approximate splits: 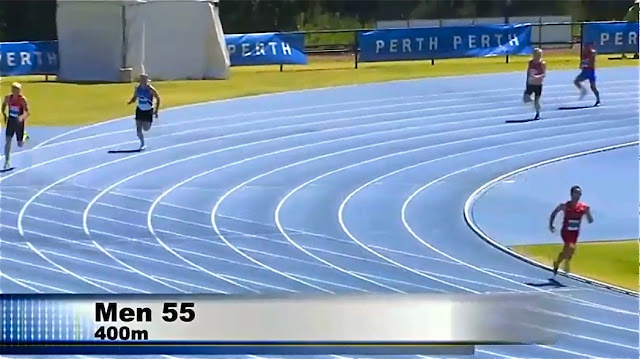 It's an odd time of year to be in 400m shape for everyone, and that can help me.  Hard to tell what kind of shape everyone is in... whether they're 'sandbaggin', not tryin', or just out of shape ... or slow.  The Brit who was second fastest qualifier looked good - he already has a Silver in the 400H. Corey looked good as well.  Everyone else pretty much took it real easy and ran over 58, so... I don't know.  I'll likely see the same top contenders in my semi that I'll see in the final.  We'll see who has been doing their homework.

I wasn't digging the stadium announcer.  He was calling me 'the little speedster', making comments about my turnover making up for my lack of height, and then going off on some tangent about Billy Mills.  Weird.

After the race, I hung out at the USATF training area, chatted with George and Karnell, both world champs.  Karnell chatted with me about training and foot issues.  I was curious about the 300m hurdles.  Thinking maybe I'd give em a try when I'm M60.

The USATF has two NormaTec units for the team.  These are pretty awesome machines.  They are essentially leg massagers that work with vacuum pressure.  Really felt great after a 30min session.  I also was able to get a rubber resistance band to work on my adductor a little tomorrow on my day off. 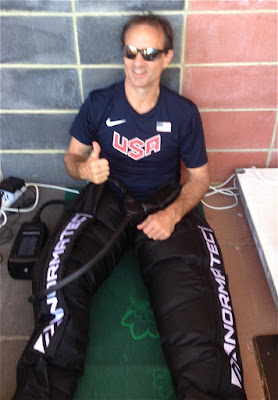 The heats have been announced and I have lane 4 (heat 2) with the 2 strongest Aussies in 3 and 5.   It should be interesting.  They both ran slow in the prelims, but that doesn't mean anything.  We'll see how it goes.

Havin' fun.  This place is beautiful.  Took a sunset stroll on the beach.  Saw a group of lifeguards doing sprints on the beach.  In most circumstances, I would've joined them.  But, I thought... better not.

This beach is less than 100m from my room.  This hotel was a perfect choice. 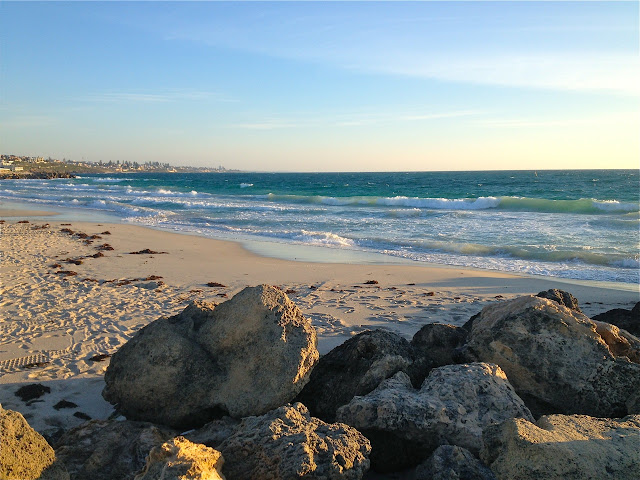