I will be racing at the 109th Millrose Games - NYC

The longest running and most prestigious indoor track and field meet in the world.  I accepted an invite from the Greater Philadelphia Track Club to join their 4x400m relay in the M50 club relay race.  The race goes down at 4:07 PM, Sat. Feb 20th.

There will be live video coverage on USATF TV and/or NBCSN. 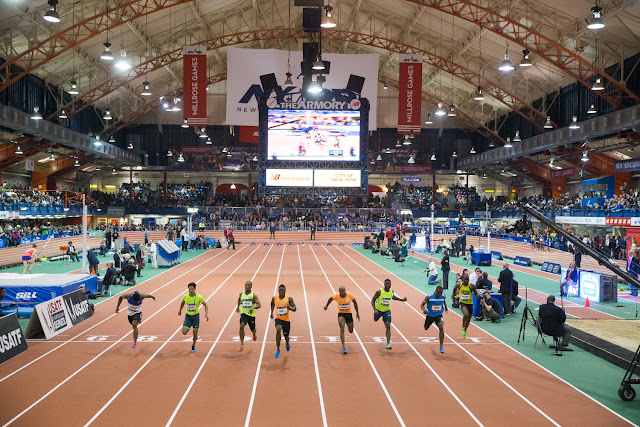 I got a great deal on flight and hotel, BUT... there is very little wiggle room. Plane arrives in Newark (25 miles from the Armory track) just 3 hrs before race time. I'm flying through St. Louis (better than flying through a snowy northern city) so hopefully, it will be OK.  Any other flight or arrangement would cost $200 more than the deal I got.

We are a shoo-in for a medal.  Last year, the GPTC took Silver.   This year we have John C. M50 WL (has run 54 indoors already) will probably anchor.  As number 2 on the team, I may lead off.   Like the Penn Relays, definitely worth doing once.

The only thing I hate about these masters club relays in big meets like this and Penn, is they try to run too many teams at the same time and they end up doing these stupid waterfall starts, like they would do for 1500m race.